​Becoming a communication freelancer: is it right for you? 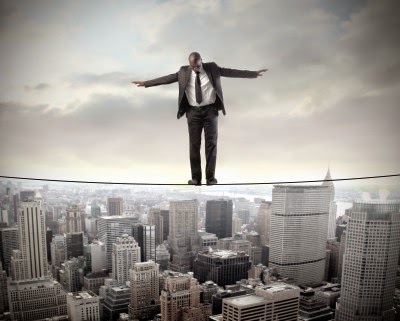 By Nadira Love, the Centre

One of the ongoing dilemmas in this current economic climate is deciding whether to become a freelance worker or a contracted employee. Most people would naturally assume that the key differences are heavily influenced by the financial implications. However, there are a number of other factors to take into consideration when making such a life-altering decision.

The idea of becoming a freelance worker may seem quite daunting at first, particularly if you've been working under a permanent contract for some time. There are definitely some obvious advantages to working for someone else: a stable income over a sustained period of time; being eligible for paid time off work; and so on. However, there are many benefits to freelancing as opposed to working directly for a company.

Before joining the Centre in June, I'd been freelancing for over three years at a range of organisations (predominantly within the television and film industry which is known to be over-populated with this kind of work). Initially, this worked out to be extremely useful as I was also studying at University so choosing when and where I worked was a perfect fit for my lifestyle.

I was able to develop a wider-range of unique skills and experience as a result of working with different organisations. This enabled me to enrich my CV and appeal to organisations from different industries.

As a freelancer I found there was more negotiation in my role at work as opposed to simply being told what to do, increasing my ability to work creatively and willingly on my own projects.


I also found that in most cases, I received more money for the work that I did and was able to claim back some of my daily expenses, such as travel and lunches. I found this very liberating and it felt great to be my own boss!

But, as my mum used to tell me - “With more freedom comes more responsibility!” And this is definitely the case freelancing.

One of the drawbacks of this work is being solely accountable for declaring income and covering your taxes. Being meticulous with figures is essential. It’s also important to plan any holidays well in advance so that they don't clash with important deadlines or any potential work that you may be offered... And, of course, managing your finances appropriately so that you can afford to take one.

Another limitation of the 'freelance work- style' is that it can occasionally be quite socially isolating. Freelance work often consists of long hours, working from home and working independently. Sometimes you’re working with a team on a project or contact but it’s difficult to maintain the relationships formed with other workers when the contact comes to an end. However, this can also be a relief if you have had to tolerate difficult or challenging personalities during this period of time!

Quality of life vs Quantity of time

Despite these drawbacks, it appears that working as a freelancer is becoming more and more popular. Not only with individuals who want to have more control over their working life but with employers too.

For many employers, they don’t have to worry about providing freelancers with office space, supplies or expensive electronic equipment - not to mention paying for sick pay or holidays. Freelancers offer employers flexibility and specialism without the induction training and employment contract.

Ultimately, the decision to go freelance can rest on your values - whether you value 'quality of life' (freelance) over 'quantity of time' (contracted employee). The great thing is freelance work is flexible and something that doesn't ever have to end, even after retirement years! It’s your choice.

Nadira Love is the Centre's In-company Training Coordinator. Whether it's a one-off awayday for a senior management team or a rolling programme for all staff, Nadira will work with you to make sure you get the most from your training.

Source: Becoming a freelancer: is it right for you? | the-centre.
Posted by Communtia at 1:12 PM

Communtia
Communtia is managed by Walter Vaterlaus, a Swiss citizen born 1955 in Winterthur/Switzerland. After more than 25 years in senior positions in corporate communications for international companies such as IBM, Saurer, Clariant, Nycomed and Takeda, I have tried-and-tested communications expertise in the areas of strategy, change and crisis management, as well as in organizational development. My pragmatic approach to solving communications challenges makes use of my extensive experience and broad knowledge while paying due attention to current trends.